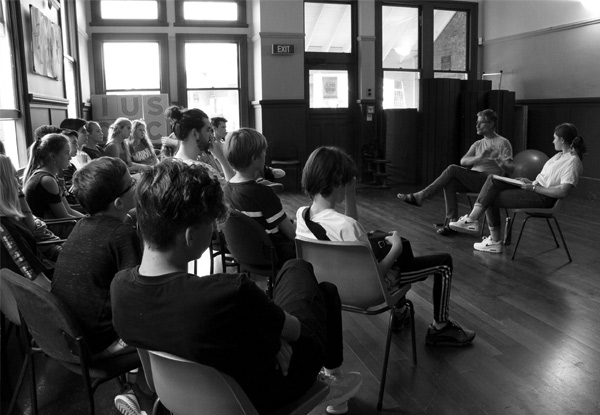 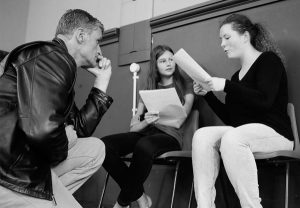 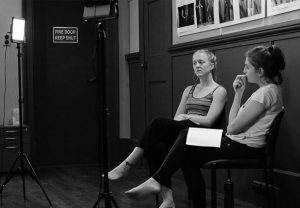 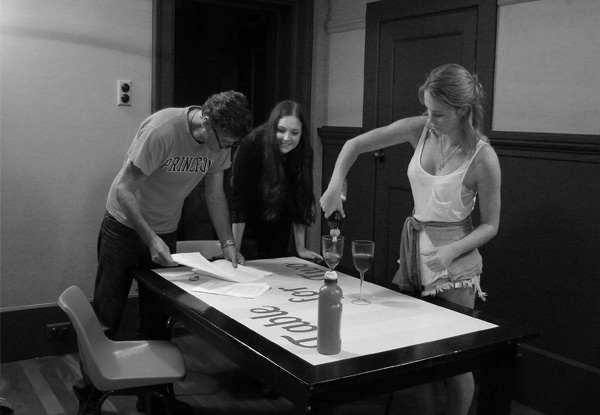 Renee Buckland just can’t get enough of improving her skills post training at the Actors Lab. She was at the Actors Program last year and now has gone onto studying at the East Long Acting School in the UK.

Pamela Sidhu is another recent student of The Actors Lab. She was not only accepted this year into the Actors Program, but also was the main face in the recent Trade Me Christmas TVC.

Olivia Reynolds, Shaan Kesha and Poppy Bacica are three talented Actors Lab Studio alumni are all currently studying full time at the Actors Program couldn’t thank The Actors Lab enough for preparing them for this next career step.

After falling in love with acting at The Actors Lab Studio Sahil Arora was encouraged by Peter Feeney to take his passion overseas. He was successful in auditioning for the Royal Central School of Speech and Drama in the UK. He recently, touched down back home in NZ and discussed his experience with the current Actors Lab Studio students. Go Sahil!

Actors Lab Alumni Antonia Robinson was cast this year as Natasha in the Libertine Pictures (NZ) & Slim Film + Television (UK) co-production of the major new family drama ‘Mystic’ for the BBC (UK) and TVNZ (NZ). We can’t wait to see her face across our screens! Previous to this she also starred in her first television role: Season 2 of ‘The New Legends of Monkey’ playing Tegan.

Brogan Wilkinson first met Peter, the director of The Actors Lab, all the way back in her home town of Wellington. After relocating to Auckland she touched base with Peter and has been attending classes regularly. Brogan has also just wrapped on Season 2 of ‘Educators’ by South Pacific Pictures. ‘Securing that role was really helped by the work we all did with the lovely Lori Dungey in improvisation!’

A regular to the Actors Lab the one and only Thomas Fink-Jenson has just scored a series regular role on the highly rated New Zealand series ‘The Gulf’ Season 2. Pre-production is starting this week and we can’t wait to hear about all Thomas’ on-set adventures!