Skip to content
'You don't get any better or funnier than this delightful tale of a selfish sod growing up in Auckland and Wellington... one of this year's most hilarious novels. I can't wait for a sequel.'
sunday Times

When you are young, pig-headed and accident prone, and have seven demanding brothers and sisters, life can be a battle for survival. Frank Keneally, restless and precocious son of a busy family doctor, learns about life, families, sex, pianos and friendship the hard way. He’s doing it tough growing up in the Pakeha heartland. But he can give as good as he gets, and he has one advantage: he’s smart.
Actor Peter Feeney’s first novel is a humourous account of a 1970s childhood that starts with mad pranks and ends with drinking binges. Funny, fast-moving and incidentally nostalgic, this book will make you both laugh and cry, from the time Frank is taken to hospital with his penis caught in a zipper, to the time he parties in drag and ends up in the arms of a predatory older woman. High-lighted by Henrik Drescher’s eye-catching illustrations, Blind Bitter Happiness s an unpretentious and delightful novel that will appeal to anyone with a sense of humour, memories of The Waltons, and fans of Hogan’s Heroes.
‘Unlike lucky boys in French films who every wet Sunday afternoon routinely watch their older sister making love through a key-hole, the first naked woman I ever saw was my Grandmother. I was late for a piano lesson and the ranch slider was open. I popped into the bathroom for a wee. I entered an innocent seven year old. Moments later I emerged, a crushed and disillusioned old man.’ 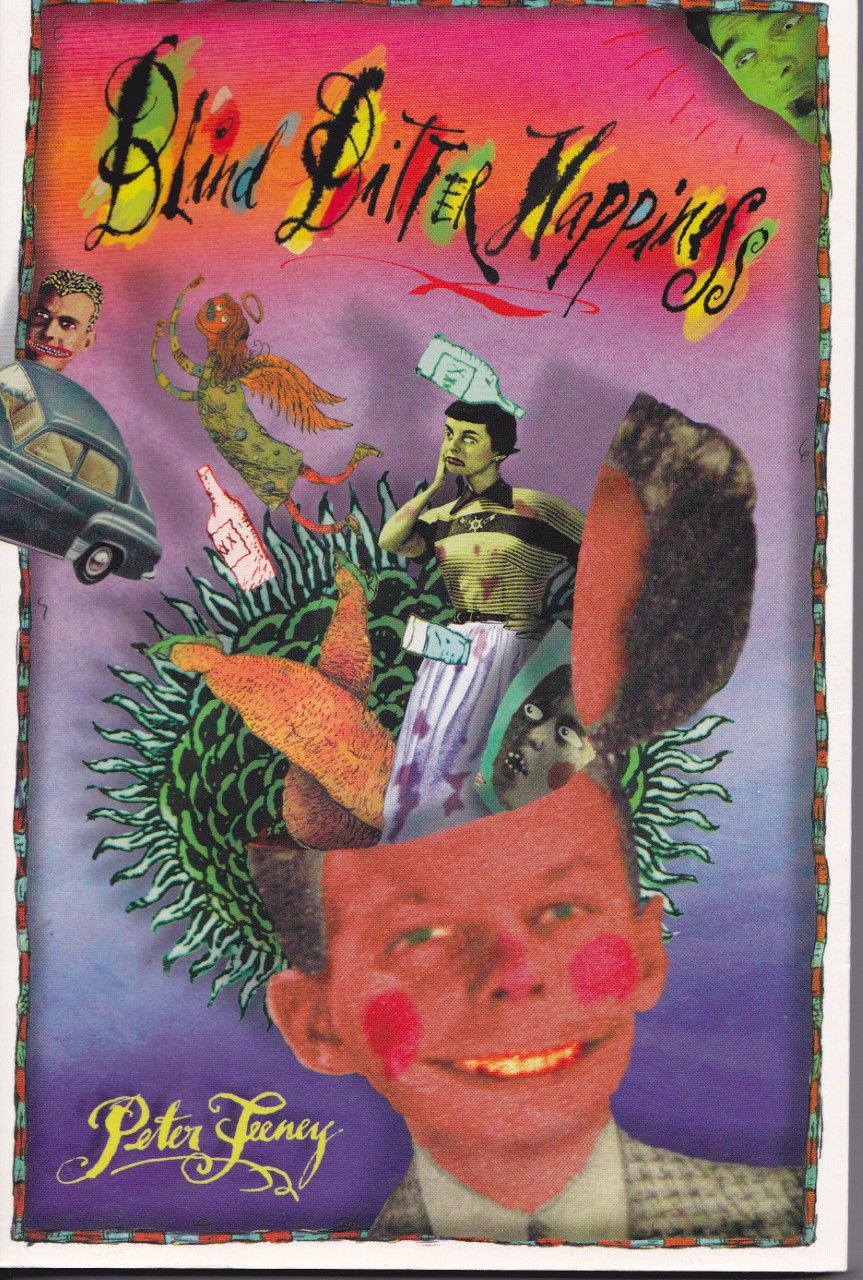