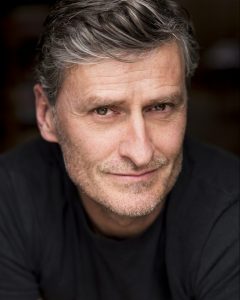 Peter is a very gifted young actor who will always be genuinely interested in exploring his work and finding new approaches to it, and opening this out to his fellow actors.

Peter, a professional actor based in Auckland and Melbourne, has acted in TV, film & theatre since 1994. He has also taught actors since 2001, and is passionate about the need for them to develop a reliable technique if they are to flourish in the profession. He runs his own Studio, has been a facilitator for NZ Screen Director’s Guild Workshops, is a tutor in the leading NZ Drama School The Actors Program, and occasional on set acting coach.

Peter has performed at the Fortune, Court & Circa theatres in New Zealand, and The QTC in Australia; as well as numerous independent theatre productions. His acclaimed one man show A Night with Beau Tyler toured in 2008 & 2009 to 25 theatres around New Zealand. He has worked or trained at different times with Cicely Berry (Royal Shakespeare Company), Bob Benedetti (US Emmy Award winning Television producer and Broadway Theatre Director), Rob Marchand and Dean Carey. Notable credits over a long career include the Kiwi zombie hit Black Sheep; Australian mini-series A Difficult Woman, UK TV Dark Knight and Cold Feet, numerous US TV & tele-features, including in 2015 a prominent role in Ash versus Evil Dead, and in the same year playing the iconic Rose Noelle skipper John Glennie alongside Dominic Purcell (Prison Break) in Abandoned (winner of best tele-feature at the 2017 NZ Film Awards).

In 2016 Peter had a regular role in NZ TV series Dirty Laundry as well as a guest role in Wentworth and ongoing multi-episode roles on Wanted 2, Dear Murderer and season 2 of Cul de Sac. In 2017 he worked on the NZ Feature film Vermillion & TV series Wilde Ride, and the Australian based TV series Harrow. He’s recently finished as a guest actor on the latest series of Brokenwood.

Peter also works as a director, casting director and writer. He is a published author – his first book Blind Bitter Happiness was also serialised on Radio NZ and in Metro magazine – and occassional travel writer. Directorial outings include the Australian play Milo’s Wake, which toured NZ in 2005/6 (in which Peter also played the title role) and more recently the Australian play Between Two Waves. Peter was casting director for the TV series The Amazing Extraordinary Friends and recently casting director and acting coach for the John Harris short films Every Little Thing and It’s not what happens. He is completing his second book this year, and is prepping to film in early 2019 a short film for the Media Design School, based on his own feature film (in development).

Peter has a 1st Class Honours degree in Politics & History from the University of Melbourne (1991) and a Diploma in Drama from the University of Auckland (1993). He was Nominee for Best Actor in the 2003 NZ Film Awards for his role in the film The Platform. He is represented in NZ by Kathryn Rawlings & Associates and in Australia by Lisa Mann Creative Management. His CV & Show reel can be found on Showcast.