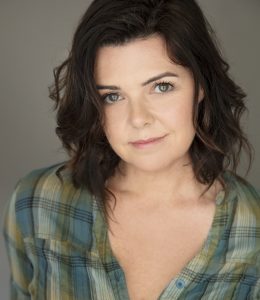 Narelle Ahrens is a NZ Actor, Voice Over Artist, Singer & Foley Artist who has been working professionally in the industry since graduating from Victoria University of Wellington with a BA in Theatre & Film, and English Literature in 1995.

Narelle has performed roles in over 30 productions in Television and Film. Highlights include being nominated for Best Actress at the NZ Film Awards for her performance in the internationally award-winning short film “I’m Going to Mum’s”, which premiered at the prestigious Berlinale International Film Festival. And recently playing the lead role of DeeDee Blancharde in US TV show James Patterson’s “Murder Is Forever”.

Narelle has acted extensively in theatres throughout NZ including Bats Theatre, Downstage, Circa and the Fortune Theatre in Dunedin. Highlights include roles in two acclaimed NZ Premieres, the award winning “The Love of HumanKind” by Brian Sergent at Circa Theatre and “The Paradise Package” by Geraldine Brophy at the Fortune.

Narelle has trained for screen under a number of recognised tutors including Perry Piercy, Tina Regtien, Diana Rowan and Vicky Yiannoutsos. Training in the Meisner Technique with Michael Saccente also led to Summer Season training in New York at the prestigious Neighborhood Playhouse in 2004. Most recently, Narelle has also been invited to train in masterclasses with the inspiring talents of Stuart Devenie, Fiona Samuel, Jennifer Ward-Lealand and Miranda Harcourt.

For the last 20 years Narelle has also been part of NZ’s favourite No 1 girl-group TheBeatGirls, performing throughout NZ and Internationally, the highlight being a performance as the headline act for Sports Illustrated and Holden at the 2000 Sydney Olympics.

Outside of acting, Narelle is an in-demand Voice Over Artist for Short Films, Radio, & Television, and is a recognised voice for some of NZ’s biggest brands.

Narelle is also one of the most experienced Foley Artists in NZ. Since 2001 she has performed foley for feature films such as Lord of the Rings and a number of New Zealand’s most successful hit TV shows, telefeatures, and short films, including Outrageous Fortune, Westside, Fresh Eggs & The Deadlands.