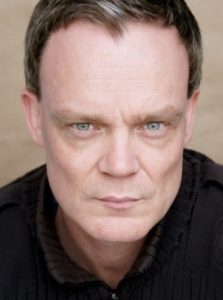 Joel Tobeck is one of New Zealand’s busiest actors. Born into a theatrical family, he acted in a number of early titles directed by Niki Caro, including Cannes-nominated short film Sure To Rise (1994) and Caro’s first feature Memory and Desire. In 1997 Tobeck won a NZ Film and TV award for Topless Women Talk About Their Lives, playing wannabe partner to Danielle Cormack’s character. He re-teamed with Cormack for offbeat drama Channelling Baby, and played the bad guy in both the first Lawless telemovie (winning him another acting award) and This is Not My Life. Tobeck has played lead roles in the American television hit Sons of Anarchy and the Australian series The Doctor Blake Mysteries. In Little Fish he played against Cate Blanchett, was Geena Davis’s husband in Accidents Happen, and has worked with Ben Mendelsohn in Tangle.

‘I don’t have classic good looks … but then I’d rather play the off-centre roles. I’m quite happy playing a drug addict or the bastard in the wheelchair.’