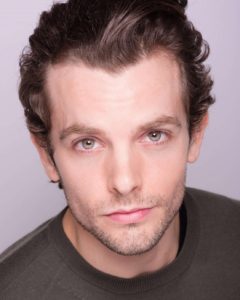 Since graduating in 2014, Daniel has established himself as a dynamic and somewhat enigmatic performer, known for his passion, energy, authenticity, and respect for craft.

Daniel first gained notoriety in a sell-out 12-week season of Twelfth Night at the Pop Up Globe, the largest theatrical event of 2016, in which his performance as Olivia received critical acclaim. That year critics also praised his work in distinguished theatrical debut productions of Ain’t That A Bitch, and Lucrece. The same year he featured also in the hit Basement Theatre show Close City. In 2017 he stunned theatre-audiences again as Tristan in The Effect at Q Theatre, and Thomas in Venus in Fur at The Court Theatre.

2016 also marked his screen debut as regular guest (and popular antagonist) Nathan on TVNZ’s Dirty Laundry. Since then he has appeared regularly on NZ and International screens, most recently as the mysterious villain The Shaman in The New Legends of Monkey, released on Netflix, ABC, and TVNZ in 2018. Other notable screen credits include American Playboy (Amazon), Murder is Forever (Amazon), Dear Murderer, and the NZ tele-features Why Does Love, and Abandoned. In 2019 he has four TV and feature-length projects (two local and two international) and a classical theatre project to announce.

Daniel graduated from one of New Zealand’s eminent acting schools, The Actor’s Program, in 2014. He continues training through regular participation in acting Masterclasses with such greats as Howard Fine and Miranda Harcourt.

In a former life, Daniel practiced law as a Barrister and Crown Prosecutor. He holds a BA with double majors in Theatre and English Literature, and an LLB (Hons 1st).