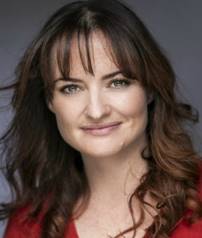 Cherie is a singer, actor, vocal coach, director, producer, and a company director of Last Tapes Theatre Company. She is a graduate of The Actors’ Program, has a double degree in Drama and English from the University of Auckland, and has studied singing for the last 20 years. She is the founder and creative director of Ihi Musical Theatre Company.

Cherie teaches singing to a private studio of students, for The Actors’ Program, as an itinerant teacher, and for The Auckland Performing Arts Centre. Cherie regularly vocal coaches voice and singing for professional productions in New Zealand.

Cherie has been directing since 2011. Recent credits include: Hubbub (Basement Theatre), Love and Information (Asst. Director, Basement Theatre), Swimming With Whales In Tonga (Nelson and Hamilton Fringe), 99% for the Short & Sweet Festival where she won Best Director.

Cherie has been directing large scale musical theatre productions for high schools since 2015, including Seussical, Grease, Threepenny Opera, The Wiz, and The Addams Family.

Cherie co-created and performed in Last Tapes’ show ‘Valerie’ in 2016, named cabaret of the year by The Herald, and most original production at the Auckland Theatre Award. Other acting credits include: Twelfth Night and Into The Woods (Fortune Theatre), The Tempest (Pop Up Globe), Hungover (Basement Theatre), The Last Five Years (Herald Theatre), Verbatim (North Island Tour), and Shortland Street. Cherie is represented by Auckland Actors, and is a proud member of Actors’ Equity.