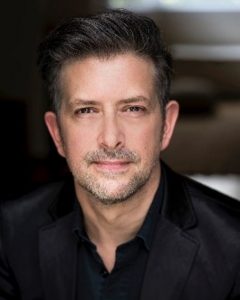 Born in the UK, Carl’s an actor, director and producer. He’s worked on over 30 productions in TV, Film and theatre spanning 13 years in the performing arts. Highlights include playing Orsino in Twelfth Night and Montague in Romeo & Juliet in the wildly successful Pop-up Globe in 2016, and in 2014 Henry in The Great Maiden’s Blush’ (winner best Independent Feature at the 2016 NZ Film Awards. Carl’s directing debut was in 2009. He’s since directed a dozen plays, all of which received rave reviews and a number of awards. In 2018, he formed Café Theatre which won three awards in the Short+Sweet Festival, including Judges Choice Award. He’s in the final stages of post on his first short film “Pohutukawa” which is expected to be released at the end of 2020. Carl has had extensive masterclass training in the Meisner technique along with a plethora of master acting and directing coaches on a variety of techniques which he now draws from in his own teaching. These approaches include Ivana Chubbuck, Mathew Harrison, Uta Hagen, Mark Travis and many more. He is now undergoing certification training on the Travis Technique.