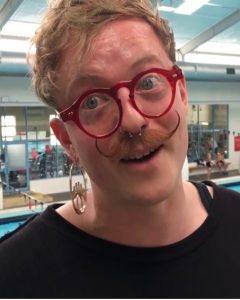 Benjamin trained in Theatre Direction at the Mountview Academy of Theatre Arts, London, while directing productions for the London Fringe and cabaret circuit. Having directed in Germany and France, as well as nine consecutive years at the Edinburgh Festival Fringe, Ben moved to Auckland to continue his career. Under theatre collective Fractious Tash, Ben has received critical acclaim for Earnest, Not Psycho and Titus, the latter remounted for a sell-out season at the Pop-Up Globe 2016. Last year Benjamin was one of two directors engaging in The Engine Room – a fast-tracking initiative between Auckland Theatre Company, New Zealand Opera and The Fortune Theatre. In 2017, Ben will be directing the Auckland University Summer Shakespeare, As You Like It (playing now), Twelfth Night for The Fortune Theatre, and The Effect with Fractious Tash in August.